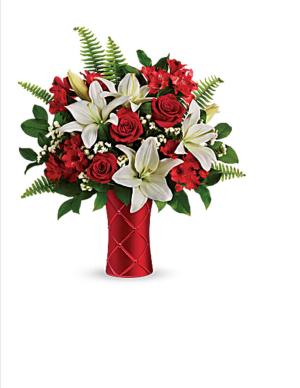 Mrs. Elizabeth Gertrude Snipes was born to the late Jerry Henry and Sarah Alice McNeill on June 13, 1931 in Lee County North Carolina.  She transitioned from Earth to Eternity on August 26, 2019.

In her early years of life, she was educated at W.B. Wicker Training School.  She was employed as a domestic housekeeper and a cafeteria worker for Lee County Schools.  She also worked as a Certified Nursing Assistant at Oak Ridge Nursing Home and later retired from Big Lots as a stocker.

She joined Tempting Congregational Church as a youth.  She joined the ministry early serving as an usher and quickly expanded her responsibilities.  She also served as a 4-H leader, worked in the kitchen, and Vacation Bible School.  She volunteered in many capacities as well, with organizations and activities such as the Boy Scouts, the Lee County Fair exhibits, and visited nursing facilities as time permitted.  She was also a skilled seamstress, an avid gardener, and a baker.  She was known for making her homemade lye soap and spent time as a beekeeper collecting honey and placing it in jars.  She was an active member in the Community Watch to help keep her neighborhood safe.  Not only did she serve many in her community, she was loved by many that interacted with her.  She was very active serving others.

“Ma”, as she was fondly called by her children, loved people, served other, and loved her family.  She faithfully attended Tempting Congregational Church until her health declined.

Mrs.  E. Gertrude “Gert” Snipes was married to the late Willie Farris Snipes who preceded her in death.  She was also preceded in death by one son, Edward McNeill; one brother, James H. McNeill Jr.; three sisters, Mary M. Graham, Betty J. Chesney, Barbara A. Covington, and Mary L. Graham (cousin) who was raised as a sister; one grandson, David “Twigg” McNeill, and one great grandson, Brennan “BB” McNeill.

The family will receive friends at the home of her daughter, Evangelist Joyce McLean at 994 Tempting Church Rd. Sanford, NC.